Why I Don’t Waste My Time With Facebook Business Anymore!

I just felt compelled to write this blog post, as I believe that too many people are spending time on Facebook for no gain. The title of my message today is, “Why I don’t waste my time with Facebook business anymore”!

I think we all know that Facebook is huge and used to be very good for growing your brand. However, I hardly use Facebook at all now as it is too time-consuming and doesn’t work anymore for business. I know that over the last 18 months, Facebook has been saying that it will not be showing business pages like it used to.

There are the Facebook gurus out there who don’t want to tell you that Facebook isn’t working any more. For some reason, they want you to carry on using Facebook and other social media platforms. A few weeks ago I saw a tweet from a highly successful Twitter speaker, and this is what he said;

“Social media for many businesses has made you lazy & stopped you doing what you needed to be doing”.

To me, this is so true; it is so easy to spend time on Facebook or Twitter or another social media platform. It almost feels like you’re working, but in fact, you are doing absolutely nothing!

My Webmaster Was Right!

My Webmaster, who is also a successful Internet marketer, has always told me to focus on website content rather than social media. My Webmasters reason for this was that Facebook or any other social media channel could shut you down at any time. Whereas, if you have your own website, no one can shut that down in regular terms! Even when everything was Facebook this and Facebook that, my Webmaster just totally ignored it and said focus on your website content. It seemed hard at the time, but how right his words have been!

I have heard of people who have had a significant following on Facebook and all of a sudden; the Facebook page has gone just because of something that Facebook doesn’t like. So all of a sudden, all that work that you have carried out, creating Facebook posts and replying and reading comments can potentially all be in vain.

I heard another successful Internet marketer saying that he spent 25% of his time on Facebook and the other 75% of his time spent on his website. He had well over 650,000 followers on his Facebook business page, and he was trying his hardest to reply to the comments. In case you haven’t used a Facebook page, it takes a lot of work to keep the page up-to-date and to respond to people’s comments.

This particular Internet marketer thought he would go and look at is analytics and see how much traffic he was getting from Facebook. When he checked his Google analytics and had the shock of his life, from all those 650,000+ Facebook likes, Facebook had sent less than 1% of his traffic. This was an absolutely massive shock to him, especially as he had spent so much time communicating on Facebook.

After a couple of months had gone by he checked his analytics, and he had lost no traffic or sales whatsoever from not using Facebook. The plus point was from this experiment was that 25% more time on his website, which in the long term, will be much more beneficial than spending valuable time on Facebook.

The problem is with Facebook, and other social media platforms like twitter are that you might see a post that you want to read and yet when you try and look for the material it has totally disappeared, and it is impossible to find again! For example, I have seen something that catches my attention, but then I scroll down to see another Facebook post before I read the article that caught my attention and it has just disappeared, I can’t find it anywhere! Now if this was on the website, the content would be in an organised fashion and will be able to find the post much more accessible.

I know that when I use Twitter, I can like someone’s tweet and retweet it, only to return to their profile a few hours later to find that my retweets have been undone and my like has disappeared! I have no idea why Twitter does this! It is rather frustrating because once again it defeats the concept of retweeting a tweet or liking it, I do feel that Twitter sometimes is in a world of its own and they only show what they want to as does Facebook.

Having said all of this I have to say that I much prefer Twitter to market my brand as it is far quicker and far less cumbersome and if I want to tweet from my phone, for some reason it seems much more manageable! Just my humble opinion!

I remember a few years ago when Facebook Pages started getting popular, they were excellent for promoting your brand, especially if you had an obvious brand name that describes your niche. It could be extremely powerful indeed, and you could quickly grow your following free of charge, the only thing that was required was time, and Facebook can be extremely time-consuming!

The social media platforms can easily become what we call social media treadmills or to me very unsocial media! How many times have you gone to Facebook just look up something, and you are immediately sidetracked to something totally different from what you originally planned to do? It’s so easy to waste time with these social media treadmills. We could be putting our time to much better use, for example, like writing content on our website.

Please don’t get me wrong, I still have Facebook pages, and I still post my website content to these pages. However I don’t spend time replying to comments and commenting on other people’s pages like are used to, it is just too time-consuming and appears to have almost no benefit whatsoever.

So What Is The Answer?

I believe that YouTube is a much better option to promote your website to and to share ideas and tips on this great platform. I don’t actually have a television and probably haven’t had a TV for 15+ years and I don’t miss it one bit! However, I do watch and listen to a lot of YouTube videos, especially when I’m driving the car, I appreciate that there are some YouTube videos that you can’t watch when you’re driving, that you can definitely listen to many of them and learn something valuable.

Stop spending too much time on social media and then use that time to add content to your website; it’s definitely worth it!

I actually believe that one of the best or even the best social networking platform is Linkedin, you can see a few of my thoughts on Linkedin here.

Thank you for reading.

Many people make money online very successfully, but other people try and overcomplicate Internet marketing! AJ has a great take on this, you can read more here. #Internetmarketing #makemoneyonline #workfromhome … It is always good to hear a success story, look how this young man has succeeded and connected with people you can do this too! #WealthyAffiliate #WorkFromHome #InternetMarketing…

Can I Use A Tablet Or Smartphone To Start My Online Business? 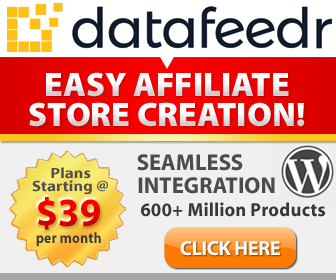